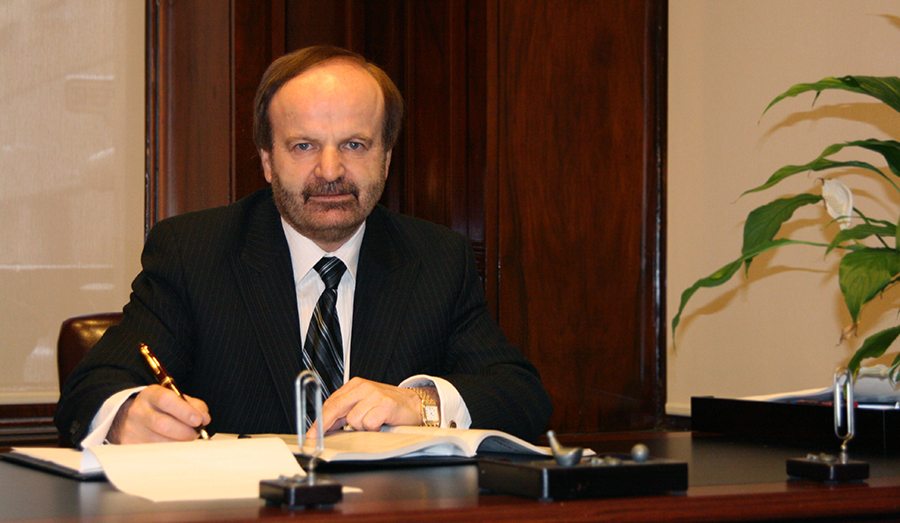 Dr. Lampropoulos has been faculty member of the following Universities: Royal Military College (RMC), Kingston Ontario Canada (1984-1989); Adjunct Professor at Laval University (1987-1994); and Visiting Professor at the University of Toronto (1989). Since 2008 has been an adjunct professor at the Department of Electrical Engineering of the University of Calgary. Among his graduate students was the former Chief of Defence Staff of Canada, General Thomas J. Lawson; and the former Dean of Engineering of RMC Dr. Derrick Bouchard.

Among his several contributions, Dr. Lampropoulos was the first to propose and implement distributed computing over the internet in three Geo-Innovations projects sponsored by Natural Resources Canada in 2000, which is now known as Cloud Computing.

As member of the Defence Advisory board Dr. Lampropoulos chaired the report on Canadian Capabilities Areas (CDA) and Defence Capabilities Investment Areas (CDIA) to be used as guidance to the Canadian Government for Defence Technology Development, Technology Transfer and focus in Economic Development in the country. He assisted in building the Intelligent Surveillance and Reconnaissance System (ISR) of South Korea in cooperation with their state-owned Agency DAPA/ADD and continues this cooperation. Similarly, he is working in Taiwan and with other countries including UAE.

Dr. Lampropoulos has also developed successful international alliances, companies and products in Environmental Applications including on-line water and air monitoring and water treatment, with markets in more than 70 countries. Top scientists including several Nobel-Prize winners are contributors to the Photonics North conference that he established in Canada.

Dr. Lampropoulos has been in the editorial board of several scientific Journals including the IEEE Transactions of Geoscience and Remote sensing and has organized special issues on Space Technology.

In 2012 Dr. Lampropoulos inducted as a fellow to the Canadian Academy of Engineering (CAE), and also he awarded the Queen Elizabeth II Diamond Jubilee Medal.

Among several Board memberships, Dr. Lampropoulos has been a member of the CDAI (Conference Defence Associations Institute (CDAI) of Canada and its advisory council, the DAB (Defence Advisory Board) of Canada and served many times on the selection committee of the VIMY awards (the most prestigious Canadian military award).